RICHARD HAMBLETON I only have eyes for you 1980 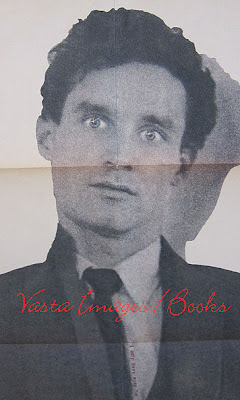 Richard Hambleton created I only have eyes for you in 1980-1981 as a piece of "street art" for "wild posting" in cities around the world. He also created the limited edition version (twenty-one copies) shown here, each signed and numbered by the artist. The piece was an approximate life size depiction (25" x 74" unfolded) of Hambleton dressed in a three-piece suit and tie, reaching into the breast pocket of his jacket.

The piece was printed on medium-weight paper and contour cut around his figure and pasted to walls and buildings on the streets of New York, San Francisco, Seattle, Los Angeles and seven other major cities in The United States and Canada. Two things to note: i) the printing was created using a process which slowly fades away when exposed to bright light so that after a period of time the image faded completely away to white and ii) the image when seen on street, especially at night, could be seen as threatening, as a real person reaching for a gun. See last photo. Click here for more about Hambleton.

The piece posted here is the limited edition version published by the artist in an edition of twenty-one copies. It was printed on the same paper used to make the street version (similar to blueprint paper) without the contour cut. It was folded and housed inside a red cardboard folder and signed and numbered on the back. A great piece! 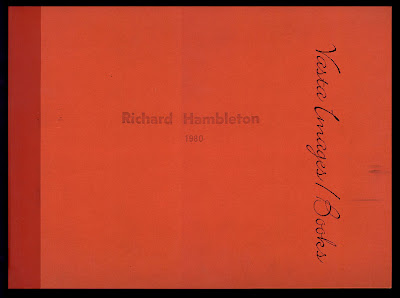 Below is a postcard published by the artist showing the piece
as it looked on a street in New York City's Times Square. 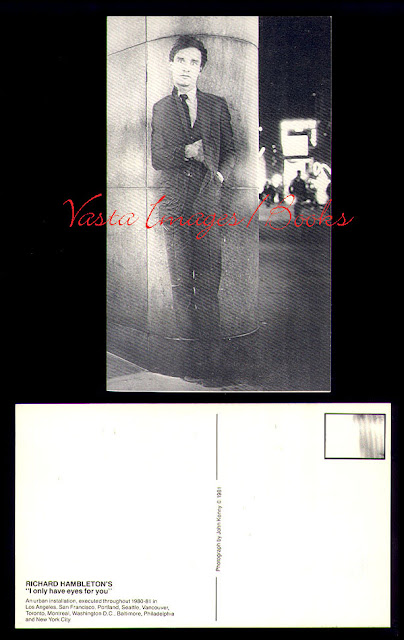 Email ThisBlogThis!Share to TwitterShare to FacebookShare to Pinterest
Labels: 1980, art, I only have eyes for you, Richard Hambleton, street art